If you consistently underachieve then this can be corrected fairly easily in a NLP Coaching Session. What I do in this article is give you a goal setting hack to help you achieve greater success by changing the way that you set your goals. Phone 07 5562 5718 or send Abby an email to book a free 20 minute telephone or Skype session. NLP, Hypnotherapy and Medtation, Gold Coast, Robina.

A Solution For The Motivated Under Achiever 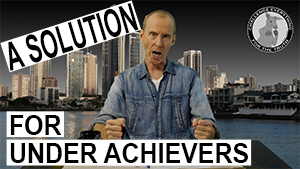 Are you an underachiever? Would you be interested in a simple solution that may work for some types of goals? First off we take a quick look at the NLP Well Formed Outcome questions. I have covered this in greater detail in some of my videos so let’s just do an overview.

Then we ask, why do you want the outcome – what is the purpose – what is your intention?

So let’s say you have a history of setting well formed outcomes but you still fail to reach your goal? What if you always seem to underachieve? This could be for a number of reasons. Perhaps you have a limiting belief that it is not okay to achieve your outcomes? It could also be because you don’t do your research and consider the actual steps that are involved and the time and resources involved? This is quite common. For example, a corporation may estimate that it will take $100 million and 2 years to complete a project but it actually costs $500 million and takes 10 years. If you want some help in changing limiting beliefs and setting and achieving outcomes book a session and I will show you how to do that.

But in this article I want to offer you a goal setting hack. What you do is set your goal according to the well formed outcome questions then intentionally up the goal and make it unreasonable. So there is a distinction here – you are not just fancifully setting a goal for yourself. You are not trying to achieve a dream. You still run through the well formed outcome questions in great detail and you set a goal that is meaningful to you – which means you have a big reason why you should take action on it – but you give it a degree of unreasonableness – take action and then see what results you get.

So let’s take a closer look at this. We need some examples.

1. I had an unexplained weight loss a few years back and my weight dropped from 62kg down to 54kg – there was no explanation for it. Anyway about 4 months ago I was doing a future selfing exercise and I set a goal to weigh 65kg. About a month back I checked my weight and to my surprise I am back to 62 kg – and I made no changes to my diet. So it made me wonder and it is okay to wonder is it not?

2. Let’s say you want to reach out and make some new friends or business contacts – so you run through the NLP Well Formed Outcome questions – you could aim to meet one new person each day or you could aim to meet ten a day, a hundred a day or even a thousand a day. Of course how you approach each task will be different. There are literally dozens of ways in which you could introduce yourself to potential friends and business contacts. Face-to-face, online through social media, make a film, start a youtube channel, or do something which gets you on television. And however you do it will create a precessional effect.

3. Another example. Let’s say you like to travel, so you run through the NLP Well Formed Outcome questions – you create a list of your ideal destinations – and as you run through the well formed outcome questions you come to the realisation that you cannot afford to travel or your health prevents you – you’re a bit too old, or it’s too dangerous, something like that – but you would still like to travel so what do you do? Maybe in a case like this you could get a positive outcome if you set an unrealistic goal? Hmmmm?

You see there was a guy on TedX a few years back who did something like this. I think the problem he wanted to overcome was fear of rejection. So what he did was to set what most of us would consider to be totally unrealistic goals. Like standing by the side of the road – waving down a police car and asking the cop if he could drive the car. The cop let him drive the car. Can you believe that?

And then he canvassed his neighbourhood – knocked on the front door of a residence with a soccer ball under his arm –  and asked the man who came to the door if he could kick his ball around in the man’s backyard. The man agreed and they became friends. Once again I just shake my head in disbelief.

And get this one – then he goes to the local airport and somehow manages to identify a pilot who owns a Cessna airplane. What do you think he said to the pilot? What do you reckon he said? Just like with the police car he asked the pilot if he could take the controls of the airplane and fly it. What do you think happened? The pilot took him up in the plane and let him take the controls and fly the plane. The closest I ever got to this was on a flight back from the US of A to Australia where I asked the hostess if I could take a look in the cockpit and she checked with the pilot and I got to go inside the cockpit and have a conversation with the pilot and copilot for 5 minutes. If I had been a bit more adventurous perhaps I could have asked the copilot if I could sit in his seat? Though I am sure the TedX guy would have asked to sit in the pilot’s seat.  So what do you reckon – maybe you haven’t been asking the right questions of the right people – at the right time – with the right mind set? So what’s been holding you back? Maybe it’s time to do a second position shift – that is to step into the shoes of the TedX man and look at the world in a new way?

Now in our TedX example you can see that the man must have had a big why – a compelling reason why he should make such outrageous requests – and not only requests but he took action on the thought. That is important to understand – he took action – he did not just think about what he could do – he took action. Which means he made a decision to take action. And to help yourself make a decision and follow through and take action – imagine that you are a day or a week in the future and you look back on having made the decision and in your mind see the results that you got. One way to coach yourself with this mindset is to write at the top of your to-do-list or in your diary – “at the end of today I will have completed these tasks”.

Now I think that part of the mindset and higher frames of mind is going to be self value  and self worth. There is a difference between asking for something as an emperor and asking for something as a beggar. So I think that he must have started with a foundation of self worth – so even though he was scared of rejection – he had a strong enough sense of self to conceptualise the outrageous requests. If you under value yourself then perhaps make it a habit to tell yourself each day that you have value – you are valuable – people value you – existence needs you – God loves you, something like that.

Now there is a precessional effect from taking action towards achieving any goal whether it be realistic or unrealistic which means you could achieve positive outcomes that you had never dreamed of. Though in the case of flagging down police cars and scouting the airport for pilots could also have a negative consequence. So one needs to balance the risk against the possible reward. As the police handcuff you and drag you away,  you shout, but I was just practising setting unrealistic goals to see what positive outcomes I could achieve. But who knows there could still be a positive precessional effect when you strike up a conversation with some guy at the Police Station.

So the point of this article was to review your goal setting – to see if you have a habit of under achieving  – and if so to practise stepping outside of your model of the world so that you take yourself to a new level of success.

Now you may think that your current situation is unsurmountable. Okay so we acknowledge that but don’t let that stop you from working through this article, and setting some unrealistic goals – but doing that consciously – and then taking some action steps and seeing what you learn and what results that you get. Let me know how you go and if you want some one-on-one coaching then send me an email using the contact form on this page. And feel free to join us over at the Facebook NLP Hypnotherapy Group. Talk to you soon. 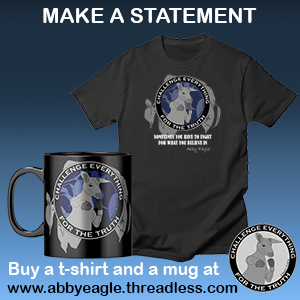