Notes from some of Osho's discourses... Phone 07 5562 5718 or send an email to book a free 20 minute telephone or skype consultation. NLP Hypnotherapy and Meditation with an Osho Zen Sannyasin. Gold Coast, Robina, Australia.

(Original title: The Rajneesh Bible Vol 1.) (This book was in the top ten non fiction best sellers in Italy. 2005)

# 1: Excellent. About 1984. Osho speaks for the first time after a period of 1315 days in silence. He speaks on His period of silence with reference to His enlightenment. The story of a mystic friend, Muga Baba, whose sole possession was a jug. When Osho attained to enlightenment at 21 years of age He went in to silence. Muga encourage Osho to come out of silence.
Osho refers to His religion as the first and last religion because it is an open religion, whereas all others have closed systems of belief. In an open religion every contradiction is complementary like light and day. Some well known enlightened masters and mystics, from their behaviour and comments, appear to have been mentally unsound. (See also an article Forgetting About Enlightenment by Todd Murphy 2002 neuroscientist at http://%www.innerworlds.50megs.com/enlightenment.htm)
“Come follow me” as a criminal statement by Jesus, Krishna, Buddha, etc. And how belief in a leader has crippled humanity and made them blind and weak.

# 2: Do you believe in God? God is the greatest fiction that mankind has created, out of a need for meaning. God is not a prerequisite for religion. Veda’s ~ 90,000 years old. Who created God?
Medicine and meditation come from the same root. Medicine heals the body while meditation heals the being.

# 3: When Christians disappear then the Christian God will disappear. Likewise with the Hindu God. God, as the concept is typically used is a projection of the mind. When the projector is not there then the God’s will disappear. Existence only exists of verbs. Nouns are a human invention. God is a noun. Godliness is a verb. God is the soul of the universe.

# 4: Long discussion on Jesus. Moses and the Jews in Egypt 3000 BC. How the concept of the Messiah was born. Lost tribe of Israel moved to Kashmir. Graves of both Jesus and Moses in Kashmir. In Ladakh there is a record of Jesus plus a description of his personality.
Love and hate share the same source of energy. When hate disappears so does love. What is left is compassion. We have beliefs because we have doubts. Beliefs repress doubt into the unconscious mind. Once you accept your responsibilities then you become mature.
The difficult to comprehend megalomania of some enlightened masters who target the hope of the masses. Buddha, Mahavira and six others all claimed to be the 24th Tirthankara.

# 5: Excellent. How obedience is sold as a virtue by the priests and politicians as a strategy to exploit people. Islam means peace. Mohammed had the words Peace is my Message engraved upon his sword. Don’t go against the flow. Go in harmony with nature.
Jesus lived to 112 years and died in the village of Pahalgam in Kashmir. Pahalgam means the village of the shepherd. Thomas went with Jesus to Kashmir and then went to the south of India to preach. Thomas’s body is perfectly preserved at a church in Goa, India.

# 6: Women, sex and male dominated religion. Repressed sex destroys the intelligence. Jaina monks vegans. Ghandi, 90% Christian, 9% Jain, 1% Hindu. Celibacy. Holding hands and hugging considered as sexual activity. Ghandi’s strategy of fasting to punish others in the ashram for sexual activity. Ghandi and tantra in old age. Sleeps with young naked women but rationalises the activity.
Enlightened woman master Mallibhai fulfilled all the conditions to be a Jaina tirthankara but when she died the priesthood changed her name to Mallinath which is a man’s name. The statue of her naked was also changed to make her look male. Motto on one Jain temple read Truth is the highest religion.
The soul is your innermost consciousness.

# 7: Excellent. Jones Town. Reverend Jim Jones and the death of Jesus. Mother Theresa marketing arm for the Pope. The tactics used by Christians to convert Hindu Aboriginals. Trickery used by Mohammedan priests. The dead man’s family pay the priest a sum of money which the dead man is supposed to be able to collect in heaven.
University study on the intelligence of the members of the Oregon commune. 60% have at least a degree.

# 8: Politicians and the will to power. How Jesus, Mohammed and Mahavira went for closure, as if they thought they knew everything there was to be discovered.
The construction of the Taj Mahal.

# 9: On missing life and living life. On ascetism, poverty and communism. In Ghandi’s ashram neem chutney was used to destroy the pleasure of food. Ascetism is against comfort. Sadism and masochism reframed as spiritual discipline. Those Christian monks who won the flagellation contest were declared a saint.
Indian sects fed tiny amounts of a poison or drug from birth. Marijuana, alcohol, cobra venom, etc. Girls with the poison kiss.

# 10: On belief and trust. When Osho says that he is an ordinary man it is to cut the roots of belief. Hypothesis does not work with belief but with doubt. Belief is closed and does not allow room for discovery. Osho discusses his past lives and the different paths to truth.
Towards the end of WW2 Hitler came to believe that he was the reincarnation of the prophet Elija. Hitler as a religious leader. USA Nazi party and their religious feeling’s. 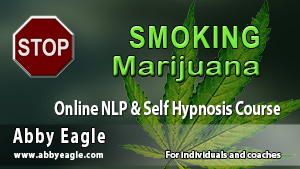